FootprintDNS - what is it for?

A while back I stumbled across a FootprintDNS host on a few Office 365 services, and wondered what it was up to. A few others were wondering the same. There didn’t seem to be an answer out there.

We’ve been looking into using Azure Traffic Manager for load balancing and in particular their Real User Monitoring feature. In the process of auditing how this works (noting it uses client-side JS), it became clear that it’s using the footprintdns.com for tracking.

https://www.atmrum.net/client/v1/atm/fpv2.min.js is worth a read. It uses .clo.footprintdns.com subdomains for tracking.

Ostensibly the purpose is to learn about real user latency - which means that anecdotal reports of this service taking a while to load are sensible, and in line with its purpose!

For those wondering if this is blockable, it seemingly would have no impact on end-user experience, but of course in aggregate means your users aren’t going to have Traffic Manager balance requests toward lower latency endpoints. Probably not a big issue if you are security conscious.

If you would like to try something more targeted – on the off chance there are other, undocumented uses of this domain – you could instead block atmrum.net (and subdomains) which hosts the loader script for Azure Traffic Manager’s Real User Monitoring.

Finally got around to playing with LetsEncrypt this evening. I was naively copy-pastaing my way through a tutorial when I ran up against this error.

The IP in the error belongs to Cloudflare, which was already active and providing ‘flexible’ (i.e. illusory) SSL. [1]

One way to fix this is to make a DNS change to point directly at your origin server (your own IP), instead of the CDN, while you provision the cert. But half the point of LetsEncrypt is that you get readily automated and cycleable certificates, which big scary DNS changes would get in the way of. Not to mention that DNS changes are typically slow/multistage/relatively hard to script.

Thankfully, LetsEncrypt are smart folks and have another option.

Did I mention I was using Apache?

The copy-paste tutorial I was following used the --apache switch as a way of, I guess, automagically configuring a virtualhost. I broadly trust that LetsEncrypt will have saner defaults than whatever other DigitalOcean tutorial I used to provision the box in the first place, so that seemed like a good idea. Only, of course, it wasn’t compatible with the --webroot switch.

But, eventually, this did:

Seems like --apache is shorthand for --installer apache, which is somehow sufficiently differentiated from --webroot to not throw errors. Don‘t know what I’m doing deeply enough to file a bug yet so throwing this blog up for a hopefully searchable solution in the meantime.

Browser to CDN is secure. CDN to Server is insecure.

So we’re trying to fix that last mile (which, of course, still leaves the “CloudFlare can MITM half the Internet” issue… but that’s a bit beyond my immediate threat model).

I think Optimizely might’ve done something to make this tricker as an optional project setting, but it’s handy to be able to debug what’s running and possible splits.

The base station/”receiver” (it’s actually a tranceiver, I think? If you want to learn more about this than I did, KeyLoq would be a good starting point) in our little block of four has been known to have some problems, but the sporadic failures and our pretty comical attempts to hold the remote at different angles, out windows, bashed-sideways, bashed-frontways, etc., were yielding poorer and poorer results.

Anyway, an afternoon prodding the thing got us to “oh the button’s probably dead”. So much for those new batteries.

At least in our situation, a four-button remote is a pretty useless thing - there’s only one gate to control. Turns out the numbering on the front of these things doesn’t even line up with the PCB - we hit “2”, which always confused me no end, but this is really pressing button 1 on the circuit.

Button 1, in this case, was doing nothing at all.

The PCB’s pretty generously spaced, probably because no-one wants a remote so tiny it gets lost. The surface mount buttons are pretty easy to work with. I ordered this pack of 20 buttons from an eBay seller (described as a “20pcs 6x3x4.3mm SMT SMD Momentary Micro Tact Tactile Push Button Switch” in the very likelihood the listing has vanished by the time you’re reading this… eBay, stop the bitrot!) for about $5 having measured up the button as being, well, vaguely that size. The buttons on my remote were black and these were white, but hey, it’s behind a piece of rubber anyway. If anyone needs 19 SMD buttons and is in Sydney, holler at me - they’re probably in a drawer somewhere. 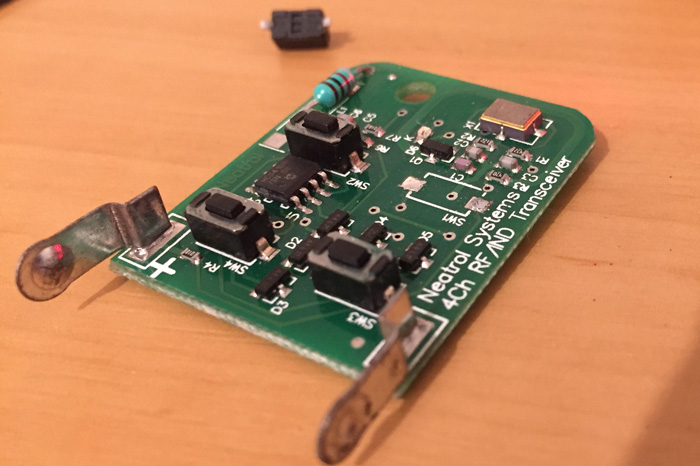 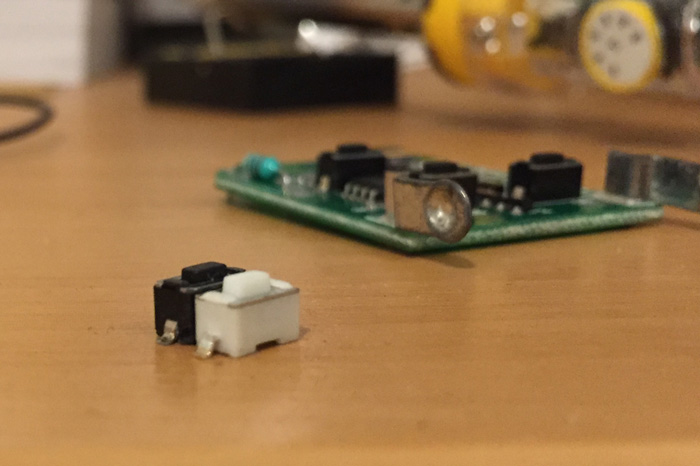 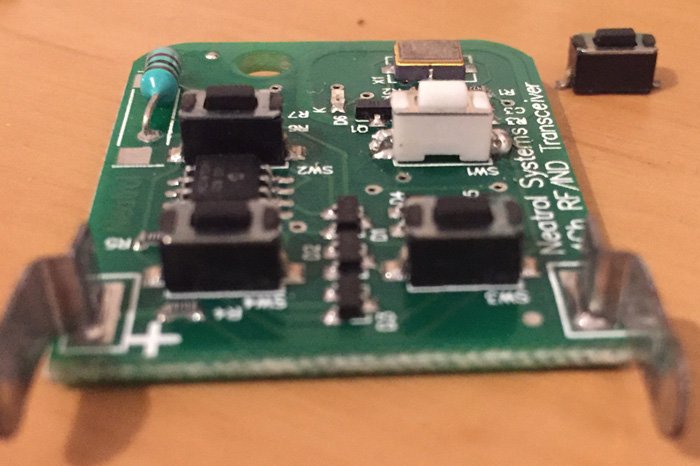 I realised while I was popping off the old button and soldering on the new that I actually didn’t need to order any buttons at all, of course.

If you, like me, only use a single of your four remote buttons… just swap the bad one for a good one! My soldering is shocking but the original SMD work was pretty tidy and easy to get things on and off. The good news is it’s a spacious enough board you probably don’t need to worry too much about melting the wrong thing.

Jekyll, .well-known and other dotfiles

Not that this blog is used for much, but I hit this while trying to add a file under .well-known and realising I couldn’t get the directory to show up.

As this is hosted on Github Pages (and I hadn’t published for ~2 years), I wondered if adding a static file wasn’t enough to trigger a publish. Turns out GH Pages is fine, the issue’s how Jekyll handles (or doesn’t) . prefixed files/dirs.

The solution is to add this to your config.yml:

Jekyll actually documents this pretty clearly (search “Include” on that page) but I found mention of it on a Keybase issue first.

Given their documentation is focused on .htaccess files (haven’t used those/Apache for a while!) I thought I’d document here to optimize more for the search terms I was using!